At a Tuesday evening conference with his transition team and incoming staffers, President-elect Joe Biden floated the idea of granting amnesty and American citizenship to the 40 ISIS insurgents currently housed at Guantanamo Bay’s Camp Delta, a maximum-security disciplinary block created to hold the world’s most notorious terrorists, many of whom have been at GITMO since 9/11. 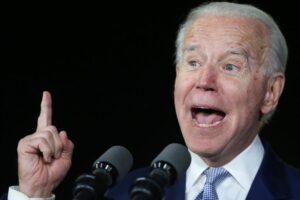 based on conversations he had with spokespeople from Amnesty International, a non-governmental human rights advocacy group, and the United Nations Human Rights Council (UNHRC), whose stated mission is to lobby on behalf of people who have been wrongly incarcerated.

Chief legal council for Amnesty International Ashlyn Conway shared Biden’s opinion that the US government was illegally and arbitrarily imprisoning ISIS soldiers based on spurious allegations and flimsy evidence, or no evidence at all. Amnesty International, she said, would work alongside his administration to secure the prisoners’ release.

Lex Davenport, operations manager for overseas assignments for UNHRC, however, was suspicious of Biden’s duplicitous nature.

“Many at GITMO were there during the eight years you served as vice president to Obama.

You did nothing to help them then. Why now?” Davenport reportedly asked.

Biden laid blame on Obama, our sources said. He claimed to have begged Obama to free the detainees and dismantle Gitmo, but Obama refused.

“Biden said he had no influence over Obama, but now, as president, he could do what should have been done all those years ago. When Davenport hesitated, Biden produced some real kooky suggestions, which he gave at the meeting,” one source said. 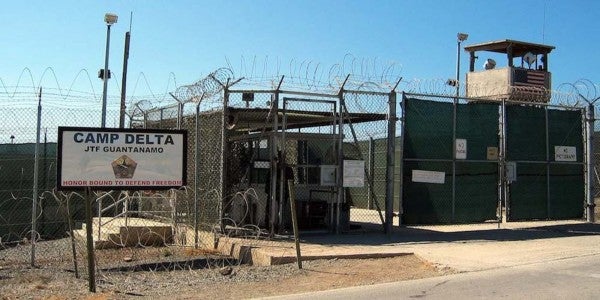 “The alacrity with which most staff seemed delighted by this idea was absolutely mind-blowing.  His soon to be chief-of-staff Ron Klain, National Security Advisor Nancy Mceldowney, Jake Sullivan, Dana Remus—the list goes on. They were like yeah let’s do this,” a source explained.

The only meaningful dissent came from Biden’s pick for Secretary of Defense, retired four- 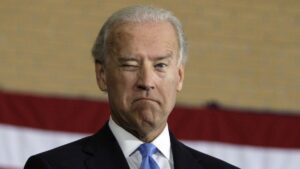 star General Lloyd Austin, who served as commander of United States Central Command (CENTCOM) and was the commander of Operation New Dawn in Iraq in 2011. He vehemently opposed Biden’s idea of Americanizing dangerous terrorists because, he said, the cells they represent had infiltrated American institutions, everything from gas stations to government to teaching at the highest levels of academia.

“It’s simply not doable, sir,” Gen. Austin told Biden. “These animals will pretend to be your friend just to secure freedom, and when you’re not looking, they’ll shout “Allahu Akbar” at the top of their lungs while plunging a knife in your back.”

But Biden, our sources said, wasn’t swayed by Austin’s argument, and expressed an unwavering certainty that showing prisoners compassion would awaken in them vigorous patriotism, not to Allah but to an enlightened, liberalized, and compassionate United States of America.

He never had a mind. What has he done productive over the last years… Nothing. Now he is senile and cannot even state a coherent sentence most of the time. He has no brains. And we are only doomed if we allow ourselves to be. It is time Americans get of their pampered asses and fight for their Freedom.

Biden. What a pos. You will rue the day you supported him.

That is an impeachable offense. He must be removed from office as he demonstrates a threat to the Constitution and the United States of America.

pretty soon pretty soon dems will regret to bear this mental defficient in the white house!! he looks amazing crazy, he looks like he does not care about the us the american people he just cares about money and power

You have to remove Harris and pelosi, and all of the other traitors. GIZMO awaits the evil devil worshipers

More like Treason, as he would be releasing known, murderous terrorists in order to strike again. That alread happened when Obama released a bunch. They went right back to their killing ways.

Due to this craziness, ALL Politicians are going to have a target on their forehead. It will be politician hunting season unless Trump does something drastic! (that is a statement and not a call for violence)!

Wow!, the stuff you all post as News is really out there. The funniest past is that some actually believe it.

If true, looks like America is really a shiitehole & is the worst place to live.

Be careful what you wish for

There have been quite a few s_ _ t-holes arise in our country in the last 14 years. I wonder where he’s been to miss out on that???

If Juan T does hold his throne from jose B and does bring us a economy like the world has never seen before, along with this 2 stimulus ufo disclosure, and causing whole country blackouts with space force tech could mean, I ever so hope, an economy powered by ZERO POINT ENERGY ?..

Next thing will be to release Maxwell from jail.. GN

Well indeed I can’t believe it is real news cause It seems so crazy joe frauden act and thinking by making a slamic war man free from guantanamo this terrorist will change his mind by saying well now I m free I love joe frauden allah bless america! this kind of joe’s thinking makes him looking as if he was 7 years old boy waiting for noels during christmas night so I believe joe is just joking not talking serious or is joe a stupid guy?

He’s not joking……he is a major player in Soros’ quest to destroy our country by putting the finishing touches on turning us into a socialist, communist country. You didn’t forget that he has been paid by the Chinese Communists many MILLIONS of dollars, along with his son. It goes on and on,,,,,,,,,

try as had as you like…a leopard cannot change it’s spots.no matter how hard it tries. those people in gitmo, are a product of their environment and upbringing. what happens when a tiger is let loose from it’s cage, it goes wild. READ BETWEEN THE LINES. WAKE UP AND SMELL THE COFFEE.

Biden, what a fucking moron. Joe, let them live in your basement.

IF Biden follows through, we are in big trouble! Just like England and the Neternlands!

OMG, is that what we’re in for?! President “let’s float a bad idea of the week” Biden?