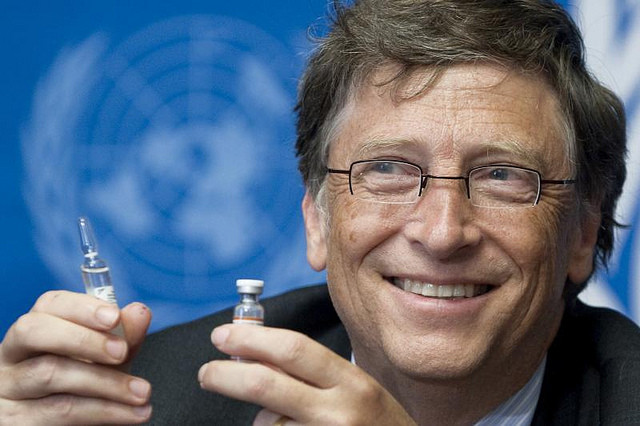 Informally called “COVDIS” among administration officials, the Covid-19 anti-disinformation program surfaced two months after a fit and healthy Tennessee nurse, Tiffany Dover, fainted minutes after receiving the vaccination at CHI Memorial Hospital, her place of employment. She was one of the first health care workers in the U.S. to receive the vaccine, and her jab was televised nationally as part of a program to bolster public confidence in the vaccinations.

“I have a history of having an overactive vagal response and with that, if I have pain from anything, hangnail or if I stub my toe, I can just pass out,” she claimed after getting to her feet minutes afterward.

That was the last time Tiffany Dover was publicly seen or heard from. Her social media feeds, on which she had been regularly active, went suddenly dark, and tales of her demise and a subsequent government cover-up spread like wildfire across the internet. Millions of Facebook and Twitter likes and shares. A frightening possibility suddenly confronted persons who had never cared about vaccine safety: the Covid-19 vaccines, either by design or pharmaceutical negligence, might be killing people.

RRN doesn’t know what foul fate, if any, befell Ms. Dover. But the swirling controversy surrounding her disappearance was a catalyst for Biden’s Covid-19 anti-disinformation program, said an administration source speaking on deep background.

“The conspiratorial rhetoric about Dover that started in December escalated by the time President Biden moved into the White House. He was told that her case was scaring people, especially young people, from getting vaccinated. You couldn’t Google her name without getting search results from hundreds of independent blogs claiming the govt. was concealing her death so as not to financially damage the vaccine industry. Well, Biden couldn’t have that. That’s when he decided to crack down hard on anti-vax talk and form the Covid-19 anti-disinformation program,” our source said.

The program is helmed by the usual suspects: Dr. Anthony Fauci, CDC Director Rochelle Walensky, White House Communications Director Kate Bedingfield, Google Vice President of Global Affairs Kent Walker, and none other than Bill Gates. Beneath them, a team of analysts spends 14 hours a day scouring the internet for signs of anti-vax talk. They are aided by a quantum computer whose Google-designed algorithm can allegedly predict which social media accounts are most likely to badmouth Covid-19 vaccinations.

“They’re using a multipronged tactic to mitigate talk that speaks negatively about the vaccine,” our source said. “First, they went after the big guys.”

“Big guys” means large conservative media outlets such as Fox News, Newsmax and OAN, markets Biden sees as more likely to spread what he calls “vaccine conspiracy.” At his request, the FCC on Feb. 12 issued a directive to owners of all national television and cable networks. The edict essentially threatened to revoke broadcasting licenses of networks that challenged vaccine safety. The networks could criticize vaccine distribution, but not the vaccine itself.

“The channels able to disseminate info on a wide scale were targeted first. In the end, they all need a paycheck,” our source said.

On a smaller scale, COVDIS has waged a war of attrition on YouTubers and bloggers who decry Biden’s vaccination initiative. YouTube has long had restrictive policies which broadcasters had to navigate to survive demonetization and being deplatformed; now, even a whisper of vaccine criticism merits a ban, in YouTube’s eyes. The larger the channel, the greater the chance of getting banned.

“For those who avoid the ban hammer, the Biden administration hopes loss of revenue, demonetization, will disincentivize people from speaking poorly about the vaccine. This is a steppingstone to something greater; soon the vaccine police will be showing up at broadcasters’ doors,” our source said.

Meanwhile, 20 European nations on Monday issued a moratorium on AstraZeneca vaccinations after an alarming number of recipients developed blood clots or cerebral hemorrhaging.

I have NO intention of putting that crap vaccine into my body and have been spreading the word to family, friends, coworkers and on the internet.

If that criminal Biden is for anything, then we are against it!

Biden doesn’t have the mental capability to “crack down” on the fleas, lice and crotch crabs crawling around his hair plugs…

Last edited 1 year ago by mytoiletsclogged
12

They’re so afraid of the truth getting out they’ll do anything and pay anyone to stop it.

guess if they take away our social media to stop us from talking about the vaccine then we will have to go old school and use the telephone, or talk to people face to face again

But you keep saying he’s fake, and that Trump is actually in charge.
Why would we worry about what a fake says?

A.I. I Marvin
Reply to  Nick

You keep saying who is a fake ?

20 countries are concerned about vaccine while the US says take it, it is good for you. Oh by the way it costs 125 cash, insurance companies wont pay because it is EXPERIMENTAL.

A lot of Texans are not paying for the vaccine and then there is me. I am not getting the vaccine.

This is a “house cleaning” for the “Light side” and genocide for the “Dark side.” For those of us who know better we need to just stay out of the way of these people who want to commit “vaccination-suicide” (aka “Jerry Springer watchers”), let the US Military “clean house”, take care of our own, get back to fundamentals, and prepare for the logistical hurdles of an economy with potentially half (or more) of all US houses being vacant causing a precipitous drop in house prices, food shortages due to transportation difficulties, etc. The Left did a good job identifying the BLM/AntiFa types to be liquidated by paying them to riot, etc. Jab accordingly. Those of us left with sanity will be left to defend ourselves. See testimony by Dr. Lee Meritt. Hopefully, I am wrong but the “tea leaves” are lining up.

What disturbs me most, is the creation of an “anti-disinformation program”.
“Bye-dan” has not enough intelligence to dream this up; it smacks horrendously
of the CCP or George Orwell’s book 1984, where NO ONE is allowed to even
THINK opposite of the “party line”, much less ACT in opposition. Seems the
handlers of our so-called “president” are from a different nation!